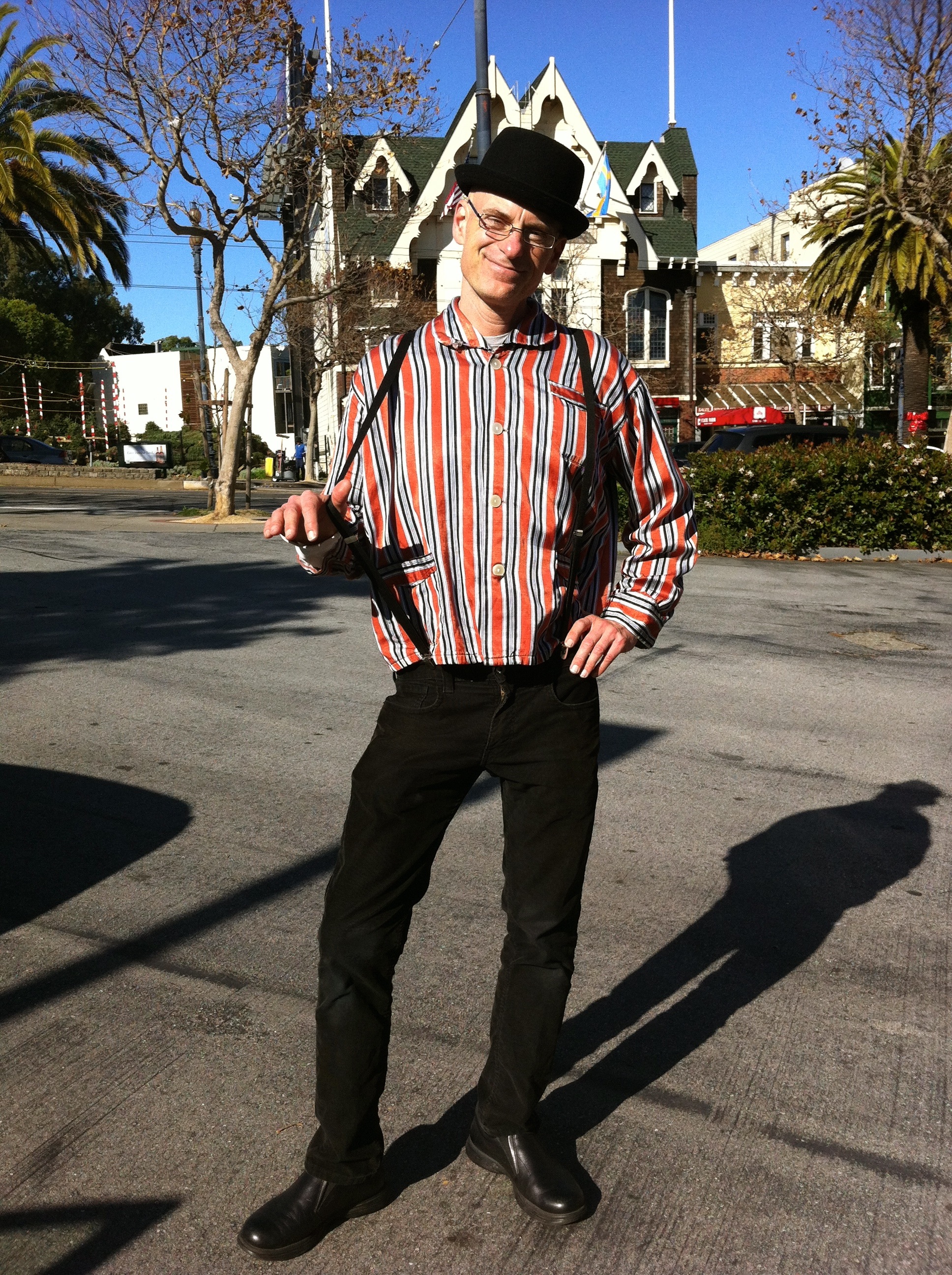 Lots of stuff this weekend, including Darryl’s birthday cocktail party — which I failed to get any photos during. Still, got some fun shots of me, Liza, John, and Stacy at “The Great Dickens Christmas Fair”. The Cow Palace was dusted with sawdust, the chimney sweeps were out in force, and loads of summer stock actors were practicing their Cockney accents. The fair was remarkably the same (identical, really) to the one I attended in 2009. More crowded than last time, but maybe that’s truer to Dickensian London. Paulette showed off her newest works at Jimmie Gallery, too. Got to meet a bunch of her friends whom I’d never met before. The art was all fitted onto “film holders”, so it was a bit small to photograph but you get the picture. Neat stuff and I bought No. 11 (white) — “Fukushima”. Kudos, PT!