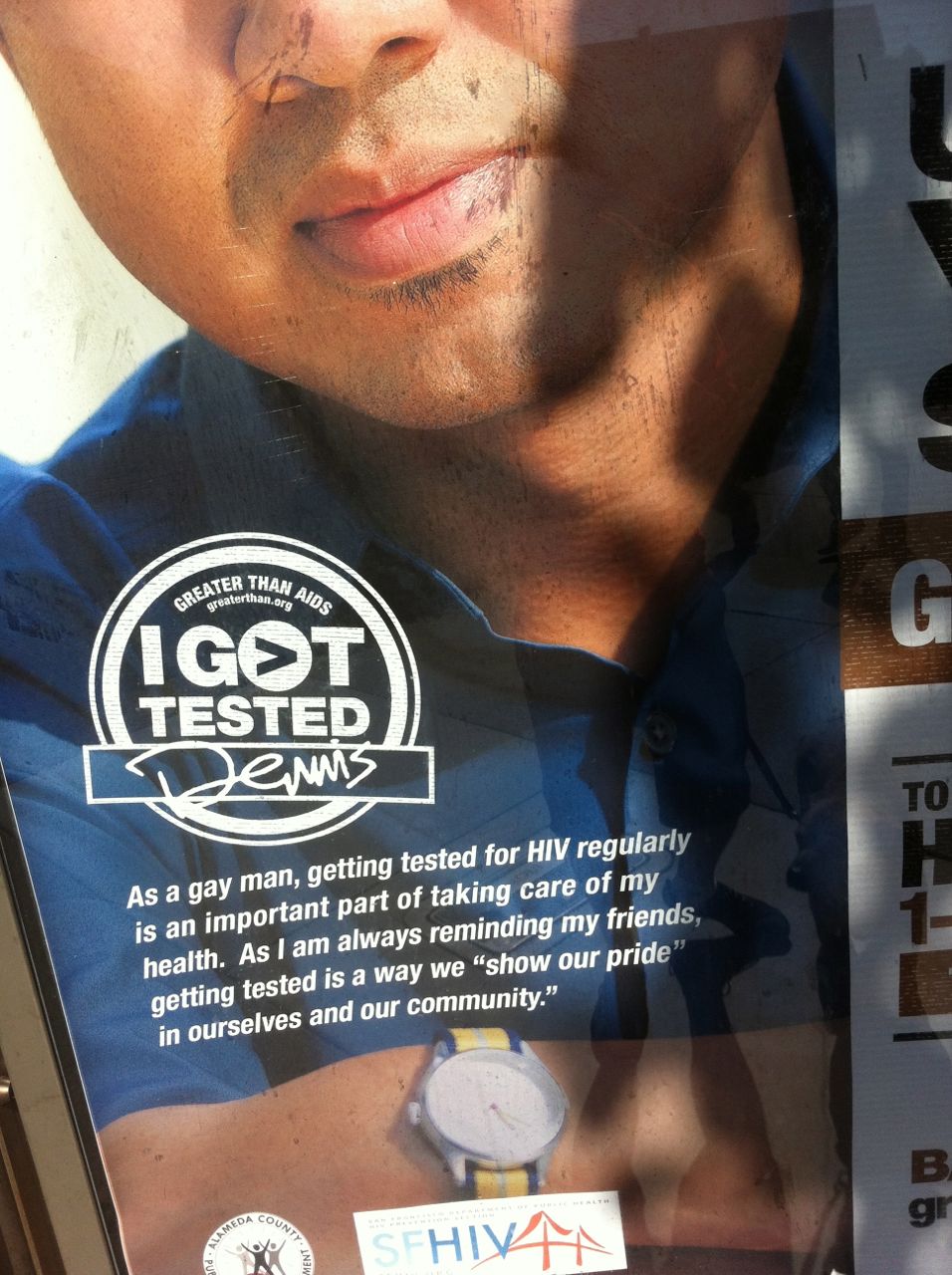 I saw this billboard around The Castro today, another in a long series of public health messages targeting gay men in an effort to curb the spread of HIV. Sadly, whoever created this new ad seems to have learned nothing from past failures at harm reduction messaging to gay men. 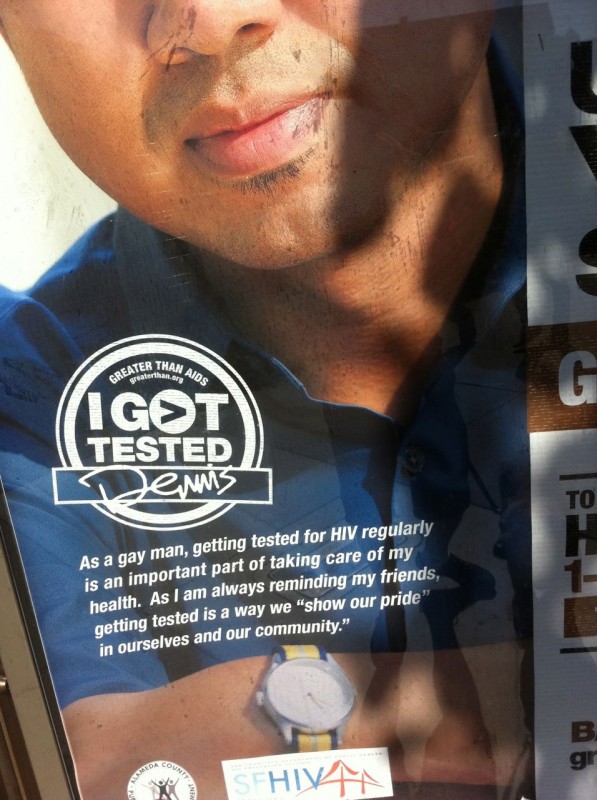 It’s wearying to read such patronizing tones (“As I am always reminding my friends…”), false rhetoric (testing “shows our pride”), and the iconography of USDA Grading (the circular badge with signature conveys “approved”).

Messages like this don’t motivate me nor (I suspect) most gay men who see it. It doesn’t speak truthfully (it fails to acknowledge that testing connects with fear and inevitable ‘failure’). It doesn’t speak personally (the tone is transparently group-think: Do this because it’s good for ‘community’) while pretending to be a personal message (from “Dennis”). And it continues a long history of public health messaging that puts the onus on gay men to step up their self-vigilance, rather than more epidemiologically salient messaging such as calling for routinizing HIV testing at all health encounters (e.g., dentist, gym physical, all doc office visits, blood pressure checks at Walgreens, etc.) for everyone — not just gay men.

Below link is the 1994 Walt Odets article,

Still relevant, still insightful 18 years later. Is anyone in SF public health listening and learning from the continuing failure to lower HIV infection rates in gay men here in 2012?